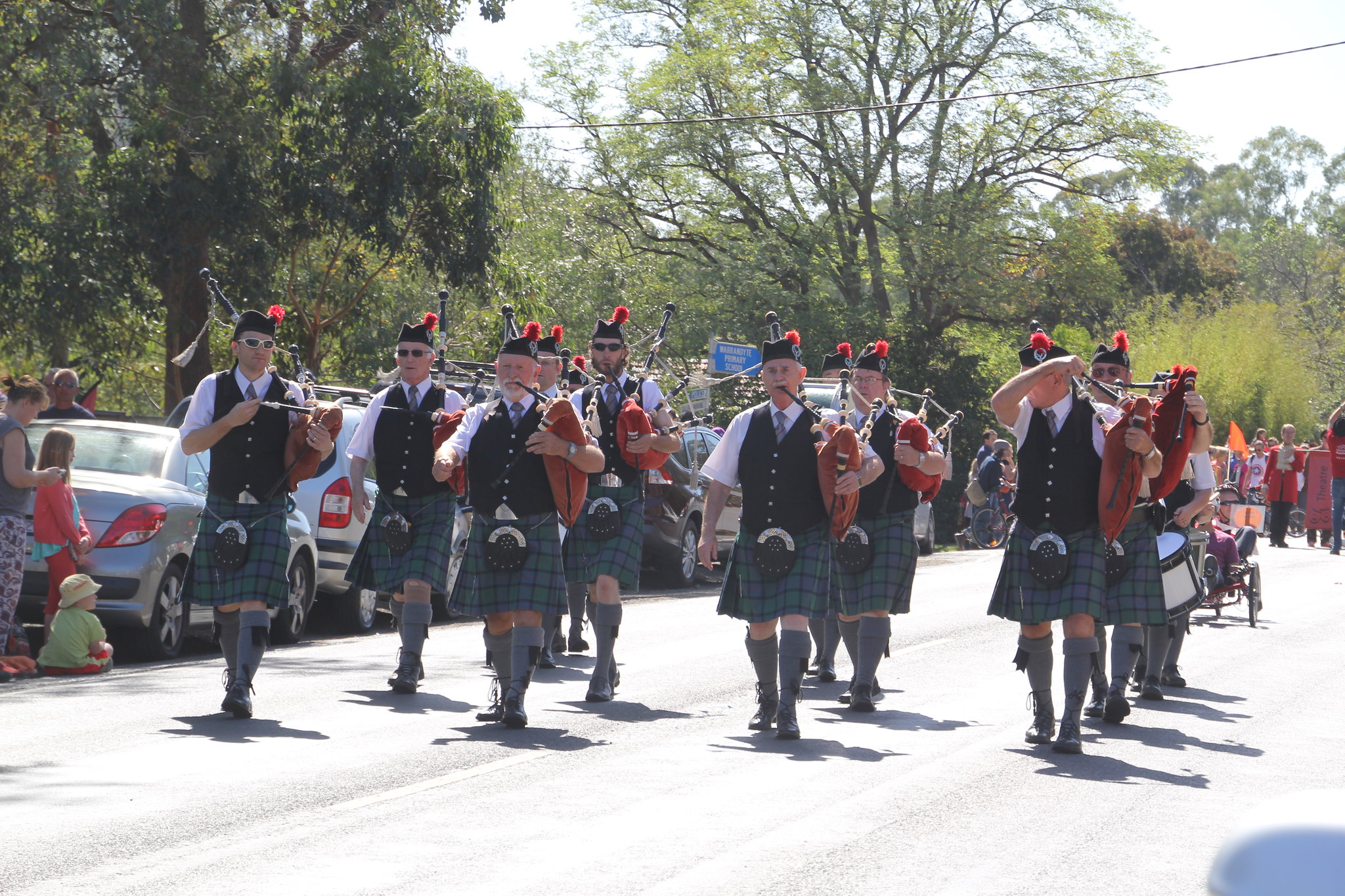 Update 15 March 2018 – Due to extreme fire risk all activities on Saturday 17th March, including the parade, have been cancelled.

The Warrandyte Festival is an annual celebration of community, participation and friendship that is held on the banks of the Yarra in March. A major part of the festival is the street parade held on Saturday morning where performers and members of the community travel along Yarra Street from central Warrandyte down to Stiggant’s Reserve. The Ringwood Highland Pipe Band is pleased to be a regular participant in the Warrandyte festival and we will again be participating in 2018.

Band Members; its a good idea to work together to have some cars up the top of the walk (where we start) and some parked down at Stiggant’s reserve so we can then ferry people to their cars prior to and at the end of the march as it is a bit of a walk otherwise 🙂  I will be parking down near Stiggant’s Reserve so if anyone needs a lift back up to the start after the March let me know!